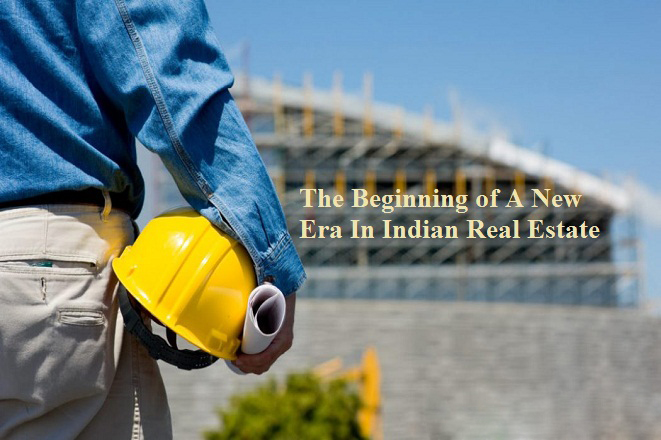 The Beginning of A New Era In Indian Real Estate

With three revolutionary reforms, GST (Goods and Services Tax), Real Estate (Regulations and Development) Act and Pradhan Mantri Awas Yojana, favoring the interests of the common man, the sun seems to have finally risen on the Indian real estate. All these reforms, acts, and policies launched by the government in the past 2 years point in the direction of a new era that would mark the transformation of real estate from a developers’ market to a buyer-driven marketplace. A more empowered buyer would be born and property market would be focused in his interest. Houses would become affordable, transactions would become transparent and trust in real estate would be rebuilt in the buyer’s mind in this new era; all because of the three reformative acts. Let’s have a glimpse at them to understand how they would change the face of Indian real estate.

Goods and Services Tax aka GST is a ground-breaking tax reform that has been enforced in India on 1st July 2017. It would subsume around half a dozen indirect taxation levied by the Center and the State like VAT, Service Tax, Stamp Duty etc., that used to lead to cascading or doubling of tax. The government has put the under-construction projects under the 12% GST slab that would be a sigh of relief for all the prospective homebuyers. The anti-profiteering clause in GST law would ensure that the benefit of the tax reduction because of GST is passed on to the buyers at all costs. The elimination of ‘tax on tax’ or tax cascading would be one of the biggest benefits of GST on Indian real estate that would gradually lead to lowering of property price in India.

Excluding stamp duty, a homebuyer, before GST implementation, had to pay a total of 11% tax; the actual tax might have increased by less than 1% but the homebuyers are rejoicing because of the clarity and transparency brought in by this tax reform. “GST itself is expected to add about two per cent to India’s gross domestic product (GDP). That is a substantial boost to the economy. If the economy does well, obviously, there will be more demand for real estate, and it will be a boost for the sector,” says Ankur Dhawan, Chief Business Officer, PropTiger.com.

Real Estate (Regulations and Development) Act aka RERA has been implemented in the Indian real estate on 1st May 2017. As per this new regulatory law, all the builders and developers would have to register themselves with the State Regulatory Authority and those who fail to do so would face cancellation of their real estate license. The Real Estate Act is to empower the property seekers and homebuyers to raise a voice against the unscrupulous builders or developers.

This Act would bring transparency in the real estate in India and enable the aggrieved buyers to seek redressal from the builders. Builders who delay the project, use one project’s money into another project or even drop the project would have to pay interest to the buyers owing to this revolutionary act. Timely completion of projects, ease of inquiring, complaint registration and the transparency brought in by the RERA Act would rebuild the trust of people in the real estate sector.

The Pradhan Mantri Awas Yojana aka PMAY is the torch-bearer of PM Narendra Modi’s dream of “Affordable Housing For All By 2022”. This mission came into force on 25th June 2015 and seeks to provide affordable housing to all the citizens of India by the end of 2022. To fulfill this mission, the Indian government is coming up with new and affordable housing schemes so the people of India, especially the low and middle income group of the society, would be able to have a roof over their heads.

The government has decreased the home loan interest to 6% for those who want to take a loan for up to INR 9 lakhs and for those desiring a loan of up to INR 12 lakhs, can now get it at a 3% interest rebate. If the homebuyer complies with all the conditions put forward by the government, he/she can avail these attractively affordable offers and have a roof over their head in no time. A trigger in the home buying process would be seen gradually and people would now be investing their money on cheaper EMIs instead of paying house rents.

These three reformative acts, i.e., RERA, GST, and PMAY are bringing transparency and building trust of people in real estate India. They have opened the doors to a new era where homebuyers could get homes at an affordable price and would not hesitate from making any purchase decision.