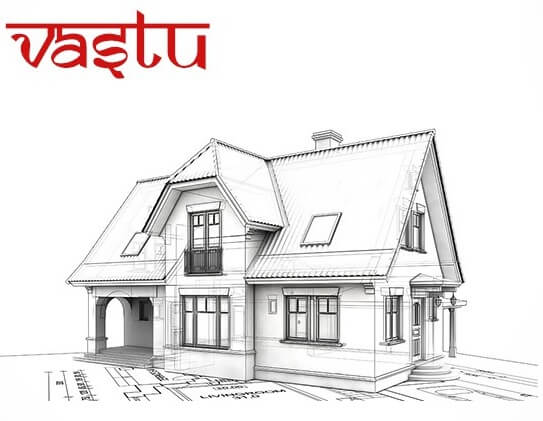 8 Vastu Tips to Keep in Mind Before Buying A Home

Vastu Shastra, commonly known as Vastu, is a traditional Hindu system of architecture, the literal translation of which is “science of architecture”. These are based on Hindus as well as Buddhist beliefs and have been formulated with the aim of integrating architecture with nature, the relative functions of various parts of the structure, and ancient beliefs utilizing geometric patterns and symmetry. In order to ensure well-being, happiness and prosperity of all the residents, it is important for a house to be built as per guidelines laid down by the Vastu Shastra. Despite popular beliefs, Vastu Shastra is not fantastical or irrational but it’s based on sound scientific principles that aim at combining all five elements of nature to ensure utmost well-being of mankind. So, it is better not to ignore this aspect while buying a house, as you end up practically spending each and every penny you had saved till now on it, and you would want it to be just perfect. You don’t need to be a Vastu expert in order to know whether the basic structure of the house is as per Vastu guidelines or not. Just a quick look at the entrance and you will understand the Vastu of the house. How? Don’t worry; we will give you some Vastu tips to keep in mind before buying a house. Easy? Well here they are:

If you are not buying a standalone property but an apartment, the entrance to the block will be considered as the entrance. Make sure that the entrance gate is located towards north or north east. South and west entrances are not recommended. The reason behind this is that sun’s rays entering from this direction during afternoon are harmful to your health. Proper ventilation with ample sunlight Vastu lays extreme importance on having proper ventilation in a house. The house should be open, airy and get ample of sunlight, as close claustrophobic places lead to breeding of germs and sunlight helps kill any unwanted germs and smells. A North or East-facing flat with windows and balconies in either of these two directions is ideal. According to Vastu, a house should not have a common wall with another house as it creates mixed energies; hence it is very important for open space to be left on all four corners of the place.

The kitchen should ideally be in the south-east corner of the flat. It is called Aagneya – apparently the direction governed by fire element.

It should ideally be placed in the north-eastern corner of a building as this area gets the first ray in the morning, and early morning rays are very beneficial for the purity of water.

They should ideally be on the south-west or the southern corner of the flat. It is because the wind blows from north-east to south-west and if toilets are placed in north-east, the wind will blow from toilet to the living room thereby contaminating the atmosphere.

The most ideal place for a kid’s room is the north-east or north-west part of the house. Also the window should open to the North, because it would prevent direct harmful rays of the sun from entering his/her room, and giving him/her ample sunlight at the same time.

Center of the apartment

As per Vastu, there should be light in the center of the apartment, so closed spaces like kitchen and toilets should not be placed here. The center is an ideal place for a living room.